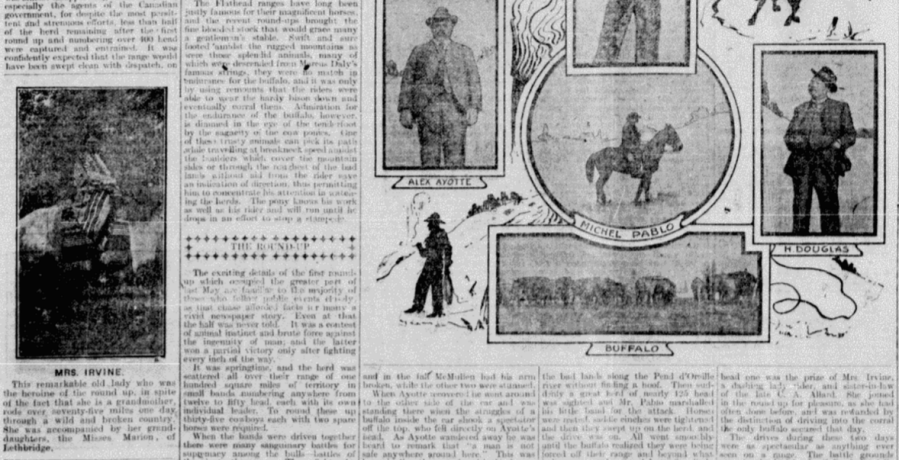 As someone who is a bit of a bison history nerd, I was absolutely delighted when I found this article published in the November 8th, 1907 edition of the Edmonton Bulletin (thanks, Peel’s Prairie Provinces, you wonderful database you!):

It is three solid full-length newspaper pages of dense text describing the trials and tribulations of the roundup of the Pablo-Allard bison herd in Montana in 1907. And the writing is so evocative! Fascinating details include:

Interspersed throughout the text are cropped photographs from Norman Luxton of Banff. These full-sized images were recently reproduced in Harvey Locke’s book, The Last of the Buffalo Return to the Wild, so I recognized them immediately. A poor quality scan of the original souvenir pamphlet with the images can be seen here on Peel’s Prairie Provinces if you can’t reach for your copy of Locke’s book on your shelf. (Do you have a birthday coming up? Ask for a copy! Totally worth it!) Anyway, what I found absolutely thrilling was what the Edmonton Bulletin article said about a woman named Mrs. Irvine.

Later on, it described how she had saved the day by being the only one to get a bison into the corral during that day’s work:

“While the round up was resumed and for two days they waged a losing battle with the buffalo, capturing only eleven head in that time, although large herds were driven almost to the corrals on several occasions. Of this eleven head one was the prize of Mrs. Irvine, a dashing lady rider, and sister-in-law of the late C.A. Allard. She joined in the round up for pleasure, as she had often done before, and was rewarded by the distinction of driving into the corral the only buffalo secured that day.”

“Lady Prevents a Stampede. . . . Here Mrs. Irvine, with her son and daughter-in-law and two grand daughters, who had been wolf hunting with their hounds in the valley joined in the chase finding bigger game and more exhilarating excitement. Mrs. Irvine in spite of her age and her sex did Trojan work on the firing line in that terrible gallop up the mountain side and down into the valley beyond. One desperate ride of hers at a critical time no doubt turned the fortunes in favor of the men, preventing a stampede which threatened to carry the entire herd beyond control.”

The newspaper then goes on to describe “a fight between a buffalo bull and Mrs. Irvine’s three big stag hounds.” These were no yappy little lapdogs; they were hounds capable of taking out wolves and could apparently fight a massive bison bull “to a standstill.”

I, with my modern mindset, can only call her a badass.

Mrs. Irvine’s picture does appear in the pamphlet The Last of the Buffalo. You can compare the image above with the copy in The Last of the Buffalo here. However, the caption in the facsimile in Locke’s book merely reads “an Indian woman.” This dissatisfying caption, all too common in historical images of Indigenous people, completely erases her remarkableness. She becomes anonymous – an out-of-context hanger-on with no clear relationship to the bison roundup aside from the implicit cultural link between Indigenous people and bison.

With the context from the contemporary newspaper article, we learn her name, that she had a personal family connection with the herd, and that she was a badass that participated in the roundup for fun and because it was important to her.

This is a classic example of why initiatives like Project Naming are so impactful. Project Naming aims to circulate images of Indigenous people in archives among people who may be able to identify the people pictured. By reconnecting the people in these historical  photographs with their names and identities, you can reconnect these images to existing communities. The image then becomes not just that of an “Eskimo trader”, but that of an Inuk man, perhaps an uncle or grandfather of people who are still alive and who may never have seen this photograph of their relative or friend.

Historically, many people publishing images of Indigenous people, particularly women, didn’t think it important to list their names – even if every other person in the image (white folks) did have their names recorded. By reproducing this image with the caption “an Indian woman”, the publisher stripped this woman of her identity, erasing her remarkable story from the narrative of this round-up. Names matter. These stories should not be lost.

4 thoughts on “Mrs. Irvine, the “Dashing Lady Rider” of the 1907 Buffalo Roundup” 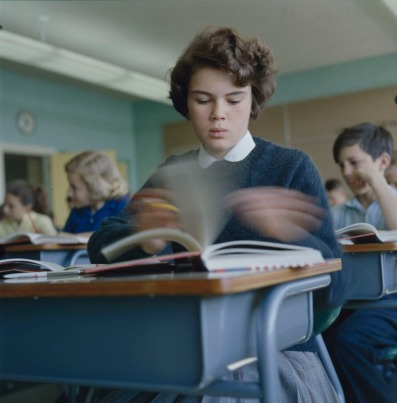 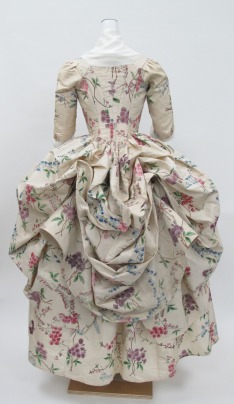 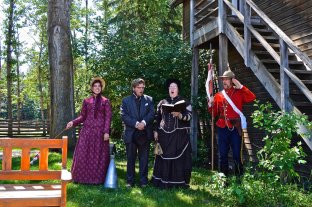 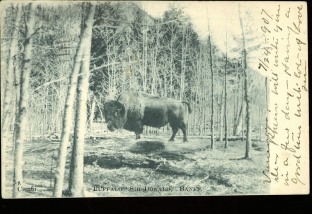 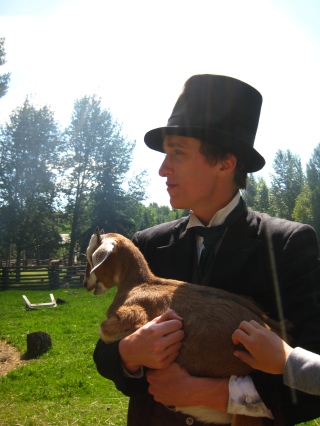 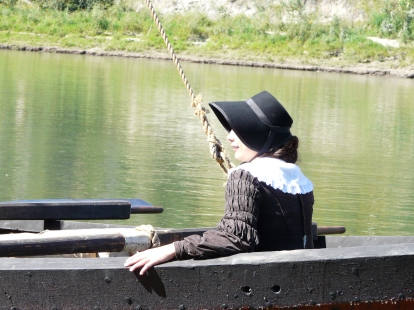 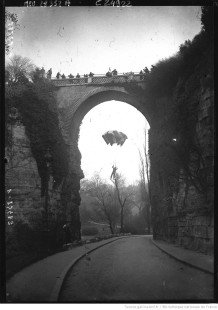 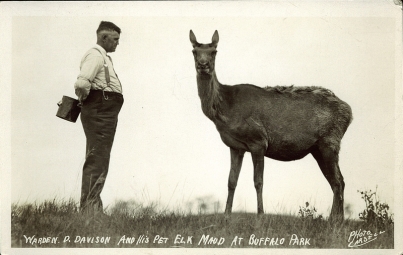 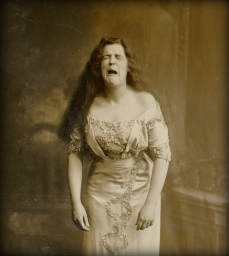 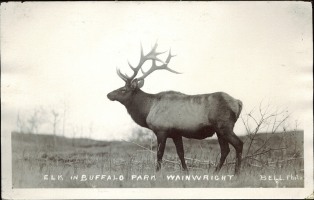 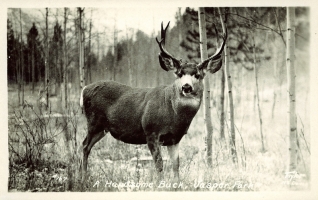 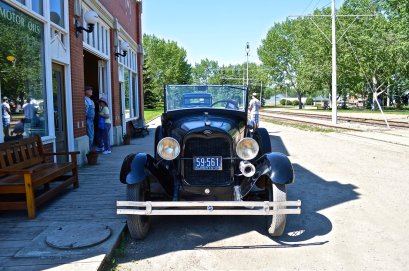 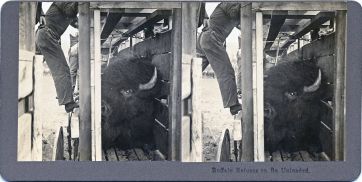 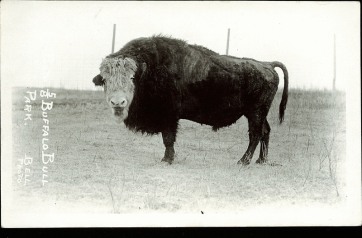 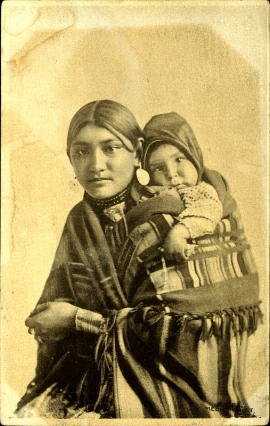 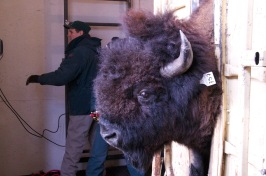 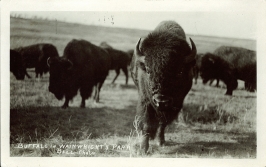 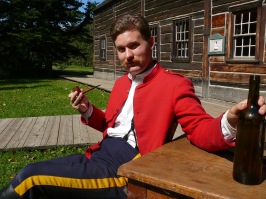 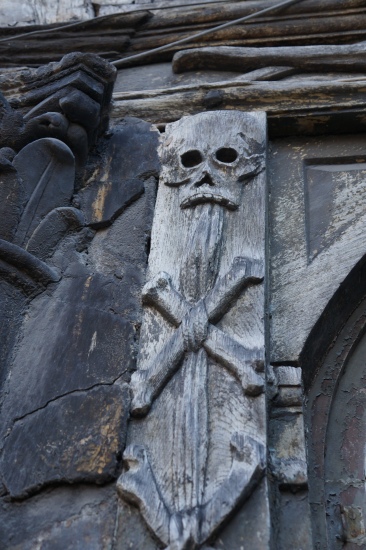 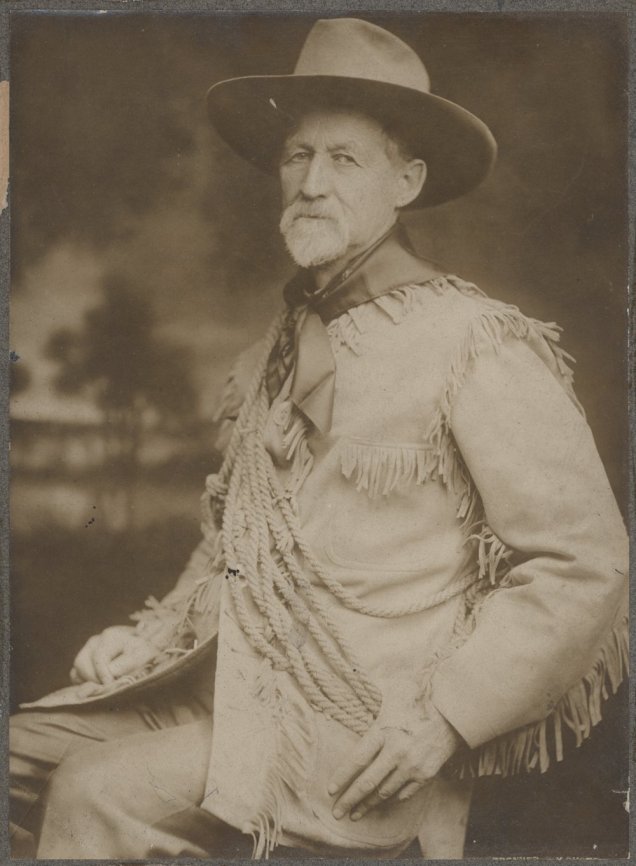