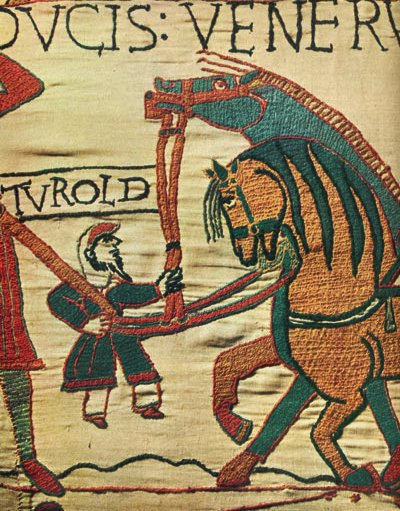 On a rainy day in Normandy last month, I made an obligatory pilgrimage to see the Bayeux Tapestry. I was fairly impressed with their audio guide, which walked visitors along the narrative of the embroidery alongside medieval music. It wasn’t so busy on a weekday in April that we couldn’t go back to the start of the embroidery to revisit and more closely examine certain sections. My favourite details among many are the dwarf Tuvold holding a pair of horses and the appearance of what we now know as Haley’s Comet.

I always like to support museums through their gift shops (they often have the most meaningful souvenirs for me, a history nerd), so while there I picked up a copy of The Bayeux Tapestry: The Life Story of a Masterpiece by Carola Hicks. 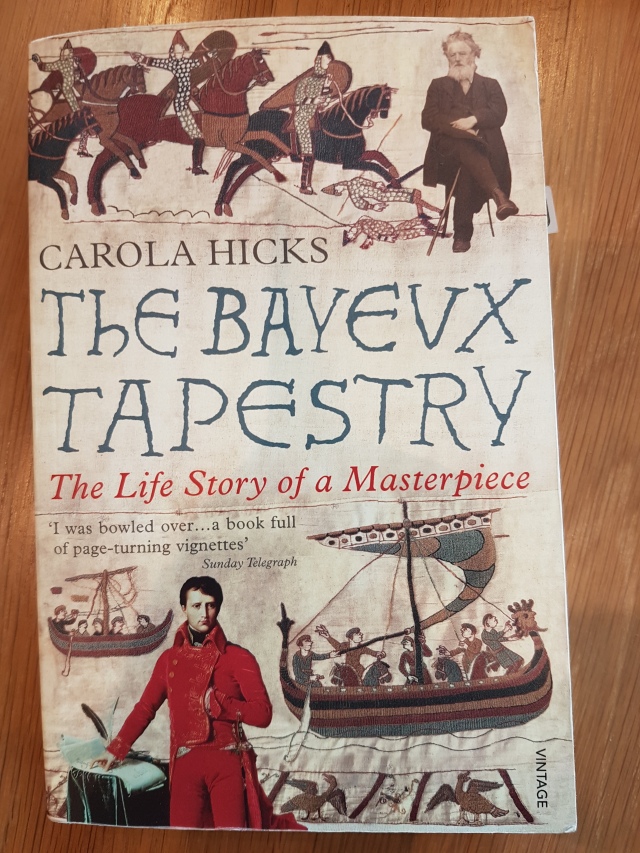 This book delves into a series of fascinating anecdotes covering not only what we can actually know of how/when/why the embroidery was originally made (which includes surprisingly little solid documentary evidence, mostly assumptions based on material culture and lots of fierce debating over the centuries) but also what’s happened to it over the last 900+ years. Much of that is a series of anecdotes detailing how it was damaged or narrowly avoided being lost or destroyed. Here are some highlights from the Bayeux Tapestry’s biography:

Author Carola Hicks made the point that one of the most exceptional things about the Bayeux Tapestry isn’t necessarily its workmanship or the narrative it tells, but the fact that it survived. Other perhaps more magnificent examples of wall hangings from the same period may not have made it to the present day simply because they were made of gold or silver thread or more precious materials like silk. The more humbly made linen and worsted wool Bayeux Tapestry may have survived in large part because it wasn’t made of valuable materials. Now we consider it valuable beyond measure for the stories it tells: a 70m remnant of a very precise and yet in many ways still mysterious period of time.

The Bayeux Tapestry’s history is almost as long and storied as the actual embroidery itself. I personally find the stories of how it came to survive to present day almost more interesting than the context in which it was originally produced. The history of artifacts tells us a lot about changing perceptions of what people valued. Mainly, we today are often horrified by the carelessly cavalier way people in the past treated what are now beloved artifacts. In any case, whenever I visit a museum, I enjoy looking at artifacts and imagining where they were and what happened to them in the intervening years between their creation and when they ended up in a climate-controlled glass case in front of me.

Leave a Reply to M. A. Lossl Cancel reply 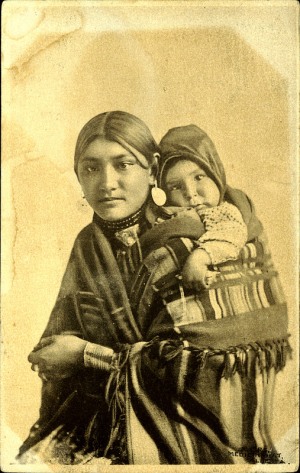 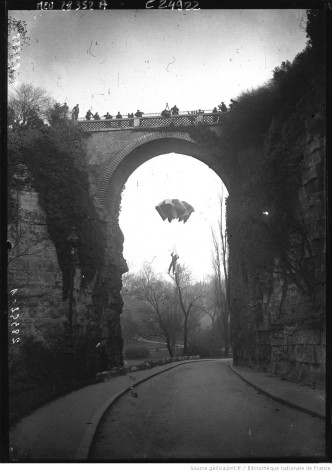 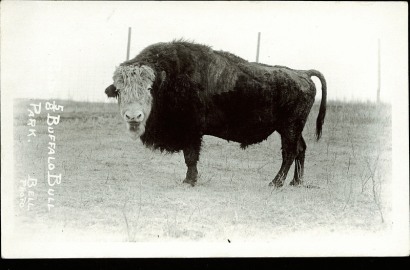 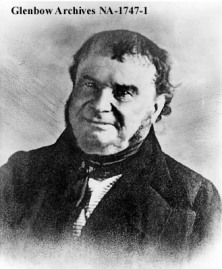 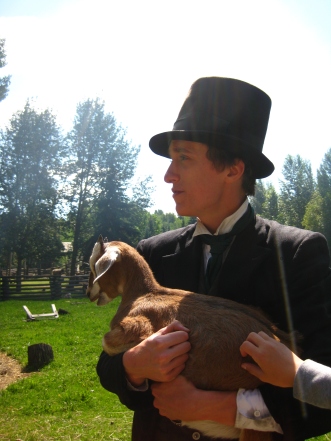 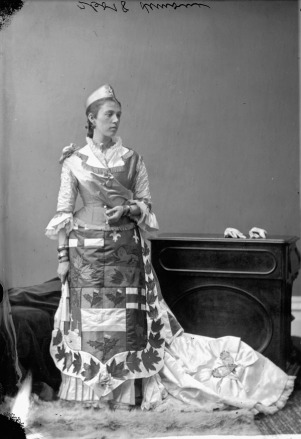 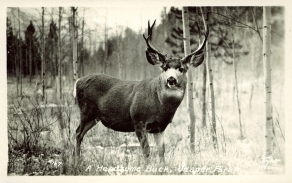 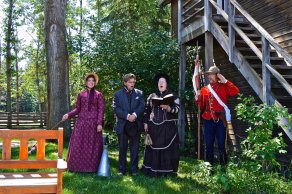 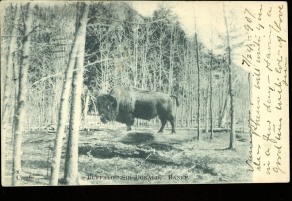 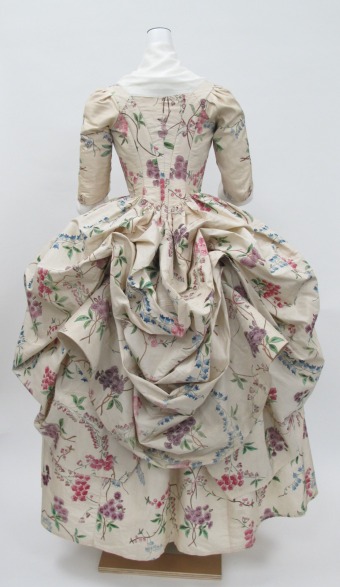 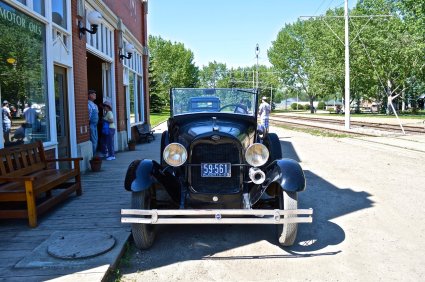 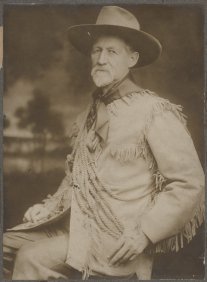 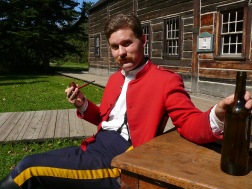 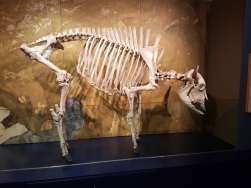 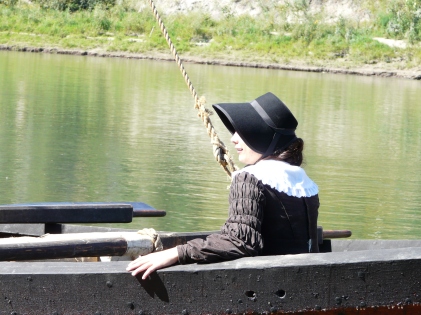 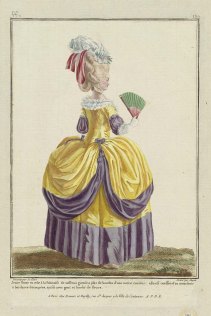 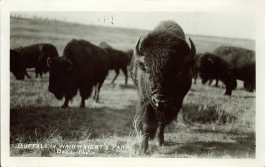 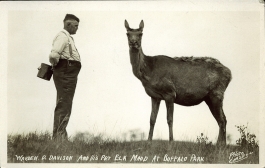 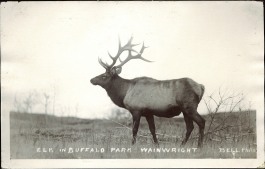 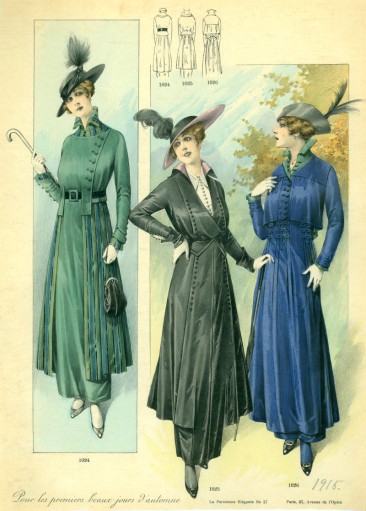