There are many places that bear Reverend Robert Rundle’s name in Western Canada. There’s Mount Rundle in Banff National Park, Robert Rundle Elementary School in the city of St. Albert, Rundle Park in the city of Edmonton, and many more. Rundle was a well-known Weslyan Protestant missionary who ministered to the Cree, Blackfoot, and others in what is now Alberta. He travelled thousands of kilometres by horse and by boat, and while he didn’t always get along with his interpreters or contemporaries, he did have an impact on the West. At one time, however, Rundle was nearly killed because he kept kittens in his coat pockets.

The kittens are not a metaphor.

According to his own writings, on his journey West by York Boat in 1846, he picked up a cat at Fort Edmonton. As it later turned out, this cat was pregnant.

“Mind horrified this evening in consequence of my little cat having had kittens! May the Lord pardon me if I did wrong in taking her,” Rundle wrote.

Chief Factor John Rowand, who was also on this journey, was unimpressed and refused to take responsibility for the cat so Rundle carried her on horseback after they left the canoes. Another one of Rundle’s travelling companions, the artist Paul Kane, described what happened next:

“[Rundle] had with him a favourite cat which he had brought with him in the canoes from Edmonton, being afraid to leave her behind him, as there was some danger of her being eaten during his absence. This cat was the object of a good deal of amusement among the party, of great curiosity amongst the Indians, and of a good deal of anxiety and trouble to its kind master.

Mr. Rowand, myself, and Mr. Rundell [sic], having determined to proceed to Edmonton on horseback . . . we procured horses and a guide and, on the morning of the 12th September, we arose early for our start. The Indians had collected in numbers round the fort to see us off, and shake hands with us, a practice which they seem to have taken a particular fancy for. No sooner had we mounted our rather skittish animals than the Indians crowded around, and Mr. Rundell, who was rather a favourite amongst them, came in for a large share of their attentions, which seemed to be rather annoying to his horse. His cat he had tied to the pummel of his saddle by a string, about four feet long, round her neck, and had her safely, as he thought, concealed in the breast of his capote. She, however, did not relish the plunging of the horse, and made a spring out, utterly astonishing the Indians, who could not conceive where she had come from. The string brought her up against the horse’s legs, which she immediately attacked. The horse now became furious, kicking violently, and at last threw Mr. Rundell over his head, but fortunately without much injury. All present were convulsed with laughter, to which the Indians added screeching and yelling as an accompaniment, rendering the whole scene indescribably ludicrous. Puss’s life was saved by the string breaking; but we left her behind for the men to bring in the boats, evidently to the regret of her master, notwithstanding the hearty laugh which we had had at his expense.”

– Paul Kane, Wanderings of an artist among the Indians of North America (1859).

John Rowand described later that even after Rundle had been thrown from his horse, he was most concerned about his cat: “When my friend was thrown God knows how far, he never thought of his danger, only calling out, I hope my poor cat is not killed.”

It’s these little details about historical figures that I love to hear about. It gives them a humanity and motivations that I can understand and empathize with. Charged with a sacred mission and travelling half a world away to a region where few spoke his language and few cared about his religion, Rundle was determined enough of a cat lover to bring along a stray cuddly feline – almost to his undoing. 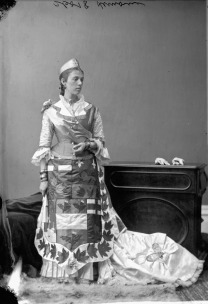 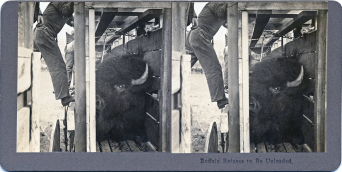 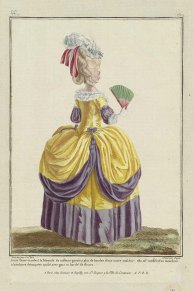 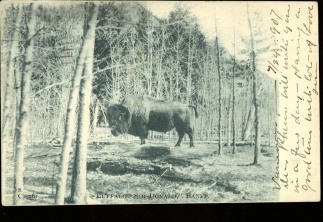 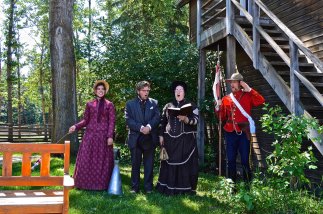