Consider this photograph. Well, all right, consider this cropped digital scan of a lithographic copy of a photograph. What do you see? Nothing terribly unusual in the photographic conventions of mid-nineteenth century portraiture. A respectable-looking man in military uniform sits, half-turned towards the camera. 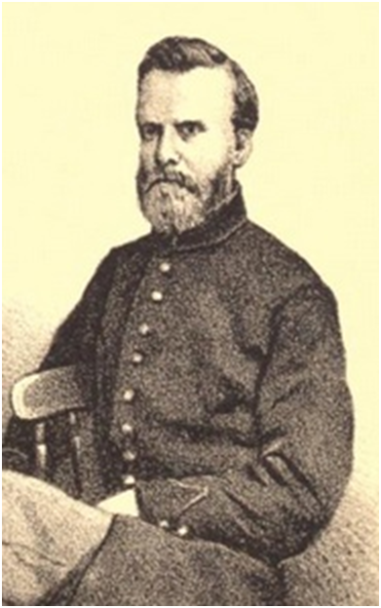 This image loses its perceived normalcy and becomes incredibly intriguing when you look at the rest of it, in context:

This image is the reproduction of a medical photograph which appears in the Medical and Surgical History of the War of the Rebellion. (The “war of the rebellion” in the title is what we now call the American Civil War, 1861 – 1865) This text was a compilation of Union medical and surgical records from 1862 – 1866, compiled alongside pension records and specimens from the Army Medical Museum, which was also founded by the U.S. Surgeon General’s Office in 1862. It was published over several years about a decade after the war’s conclusion. One of the men associated with the museum and archive, George Alexander Otis, was also one of the leading men responsible for the compilation of The Medical and Surgical History. There are six massive volumes of this text, which has been described as 55 pounds worth of information. I have seen them in person, in the Health Sciences library’s special collections room at the University of Alberta. They are chock full of statistical and textual data (which has been very much noticed and studied by medical historians), but also intriguing examples of visual culture: early medical photographs.

In this example, we can see four different men who are meant to represent four “types” of ankle amputations. However, despite the clear expository and pedagogical purpose of the creation of these images, there is something more to it. There is a very clear link in the composition of these images to contemporary portraiture. Why is it that the photographer and the compiler of the text chose, time and time again, to depict the entirely of the body of these patients, instead of cropping around the “relevant” part, the injured leg? Why do we need to see the face when studying the ankle?

Body parts were depicted in this text in isolation, but most of the time that was in the context of photographed scientific specimens: skull fragments, leg bones, etc. These body parts were usually from deceased men. If the body part was attached to a live person, they were usually, with some of exceptions, depicted in their entirety, especially if it was on a full page lithographic plate. I could only find a few of examples of images in which the upper body was pictured outside of the frame, usually as smaller drawings within the text itself. In the vast majority of cases, these men were not anonymous. These lithographs are accompanied by an embarrassment of information: name, rank, battle where injured, when injured, where they were sent, the treating surgeon, the steps of their recovery, whether they applied for/received a pension… even bowel movements are described. These men are not anonymous.

Why are these men depicted in “portrait style” medical images? These are a few possible answers. Any, all, or none of them could be true.

1) Photographs were often perceived in the nineteenth century as being neutral gazes, free from subjectivity (science’s old enemy!). They were simple mechanical reproductions of “reality” as it stood before the lens. Therefore, photography is ideal for scientific purposes like this one. However, it was the early days of photography yet. Perhaps this was simple the “normal” photographic convention: how one photographed the human body. Just as common photographic portraiture took its “artistic” cues from painted portraiture, so did medical images take their cues from photographic portraits.

2) There were advantages to viewing the entirety of the patient. For example, one can see potential expressions of pain in the face. The look of the injured limb can be compared with that of the healthy one. One can also see if the injured limb if the limb can support the person’s weight, if the subject is standing and received an injury below the waist, or if an injured arm needs to be rested on the back of a chair because it cannot hold itself up.

3) Perhaps the composition of these images is not a matter dictated by photographic convention, but medical practice at the time. The Civil War marked the last gasps of the humor theory of disease in which the body must remain in constant balance through purging, bleeding, depletion/excretion, etc. In fact, bleeding had been firmly rejected only at the very beginning of the war. Nevertheless, as in the late antebellum period, many doctors continued to view their patient’s health holistically, a holdover from this idea of the body’s humors being out of balance. Thus, it makes sense to depict the entire body, because what can you learn from one part of a whole?

4) Potential respect for the dignity of veterans. Other medical images contemporary to this set, including photographs from France in the 1850s of psychiatric patients and exceptional medical cases (such as crazily bent spines or terrifying facial tumors), were depicted with far less dignifying aspects, and the patients were often made anonymous or synonymous with their conditions. One author describes the photographs serving to make the subject into object. That is not what is occurring in these American images from the Medical and Surgical History. Once again, these men were not anonymous and were not treated synonymously with their injuries. Immediately after the war, many amputees were viewed with respect by the American public: their empty sleeves were testament to the ultimate bodily portrayal of their patriotic sacrifice. The veteran was celebrated in poetry, song, and other discourse (though this idealization may have done little to actually help them economically). Nevertheless, this lack of anonymity and fairly dignified portrayal of these men as individuals may be a reflection of the respect afforded to veterans of the victorious North, as compared with the portrayals of French psychiatric patients. It may also explain the conspicuous lack of photographic portrayal of any of the injured from the 180,000 strong African American contingents of the Union army (or, rather: in my perusal of two of the six volumes I could not spot any).

Medical imaging really highlights the tensions between photography’s uses in “artistic” genres, such as portraiture, and “objective”, “scientific” ones. Drawing a hard and fast line between examples of “art” and “science” are not as straightforward as many would think.

These thoughts were originally shown to the wider world (or, at least, at Carleton University) at the Underhill Graduate Student’s Colloquium on March 7th, 2013. A seminar paper will soon follow. If this is something that interests you (as it interests me!) please don’t hesitate to message me. If you have any other intriguing examples from the early days of photography, particularly medical imaging, please share it with the rest of the class. 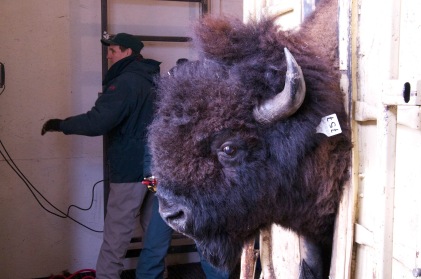 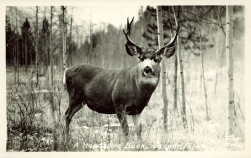 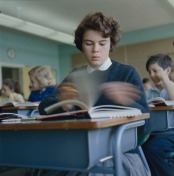 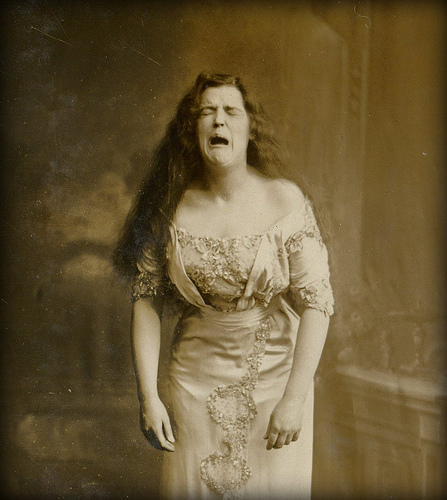